Sorry, we are not accepting NEW reservations at this time 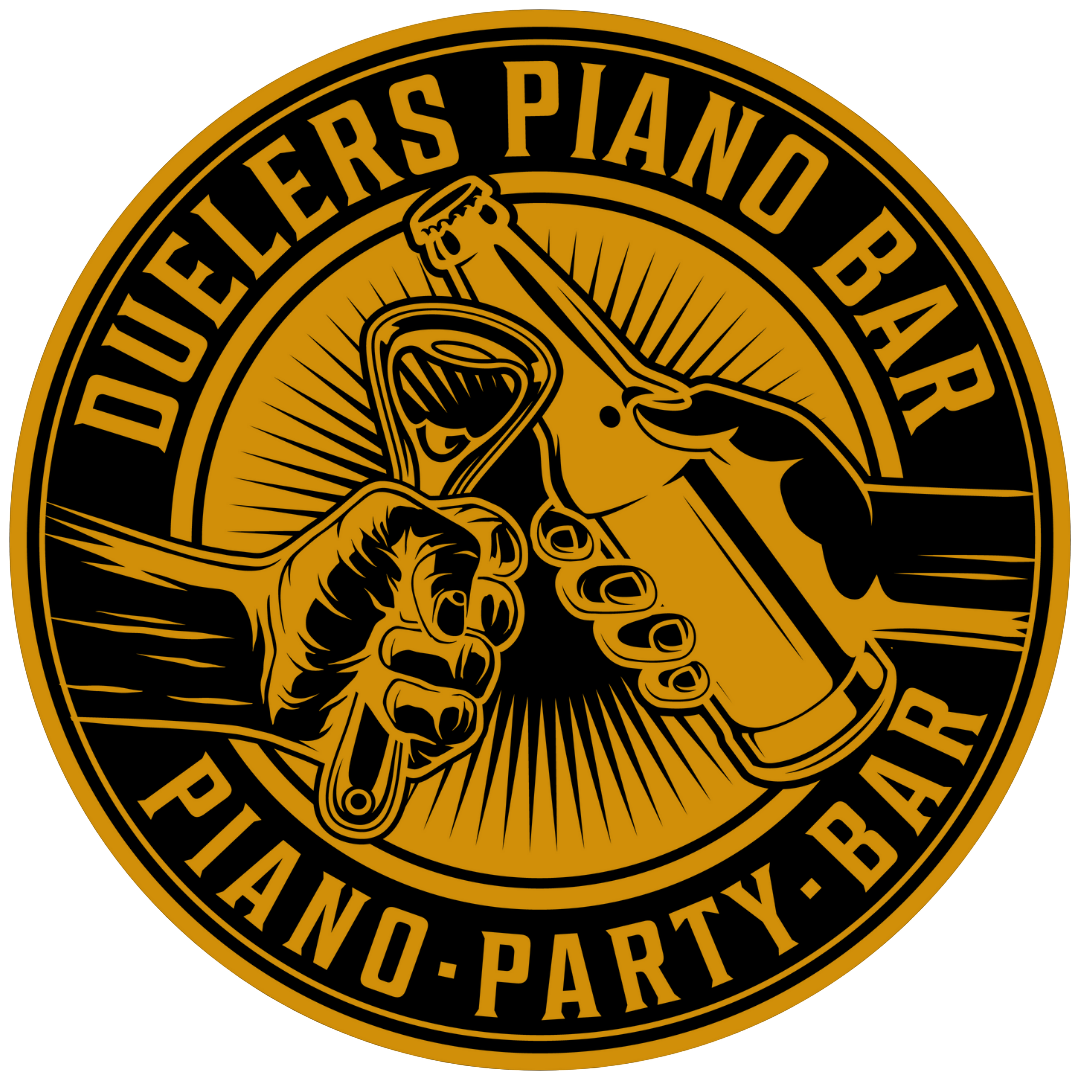 THE BEST FOOD ON SHERMAN AVE 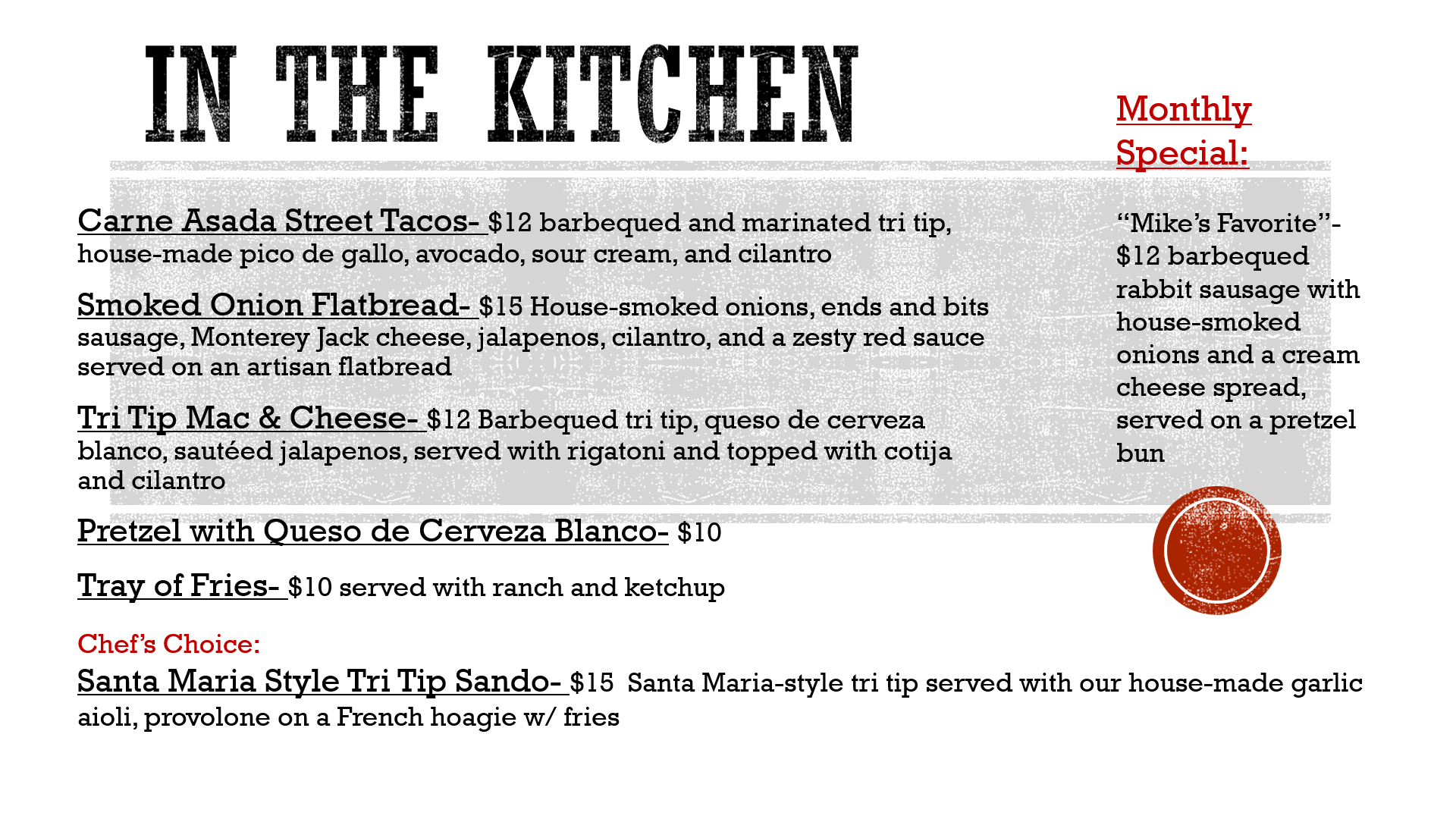 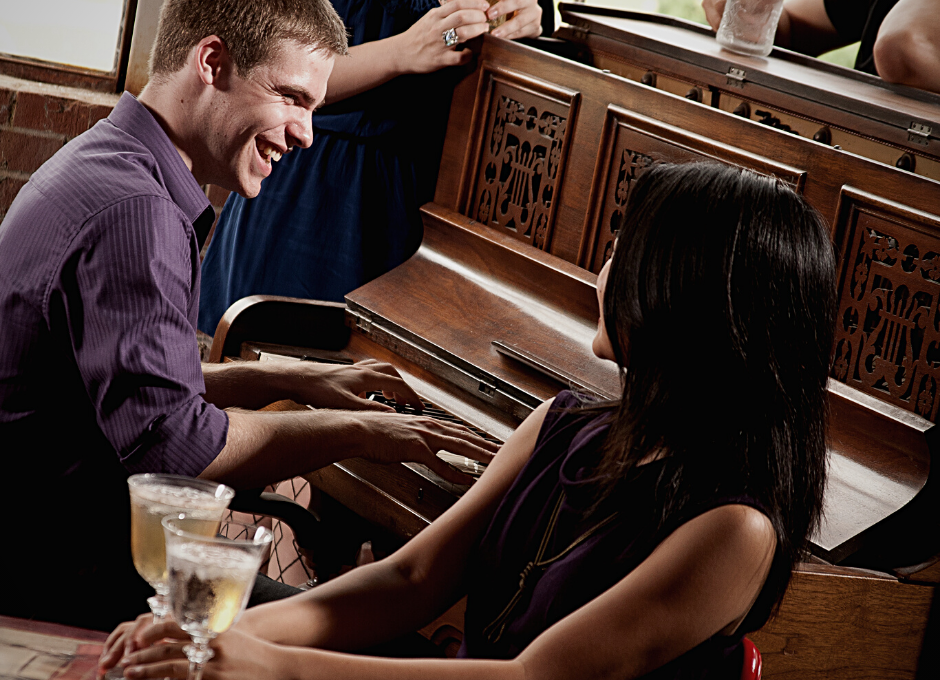 Get a front row seat!

Click below to reserve a table to avoid the crowds and experience our VIP treatment! 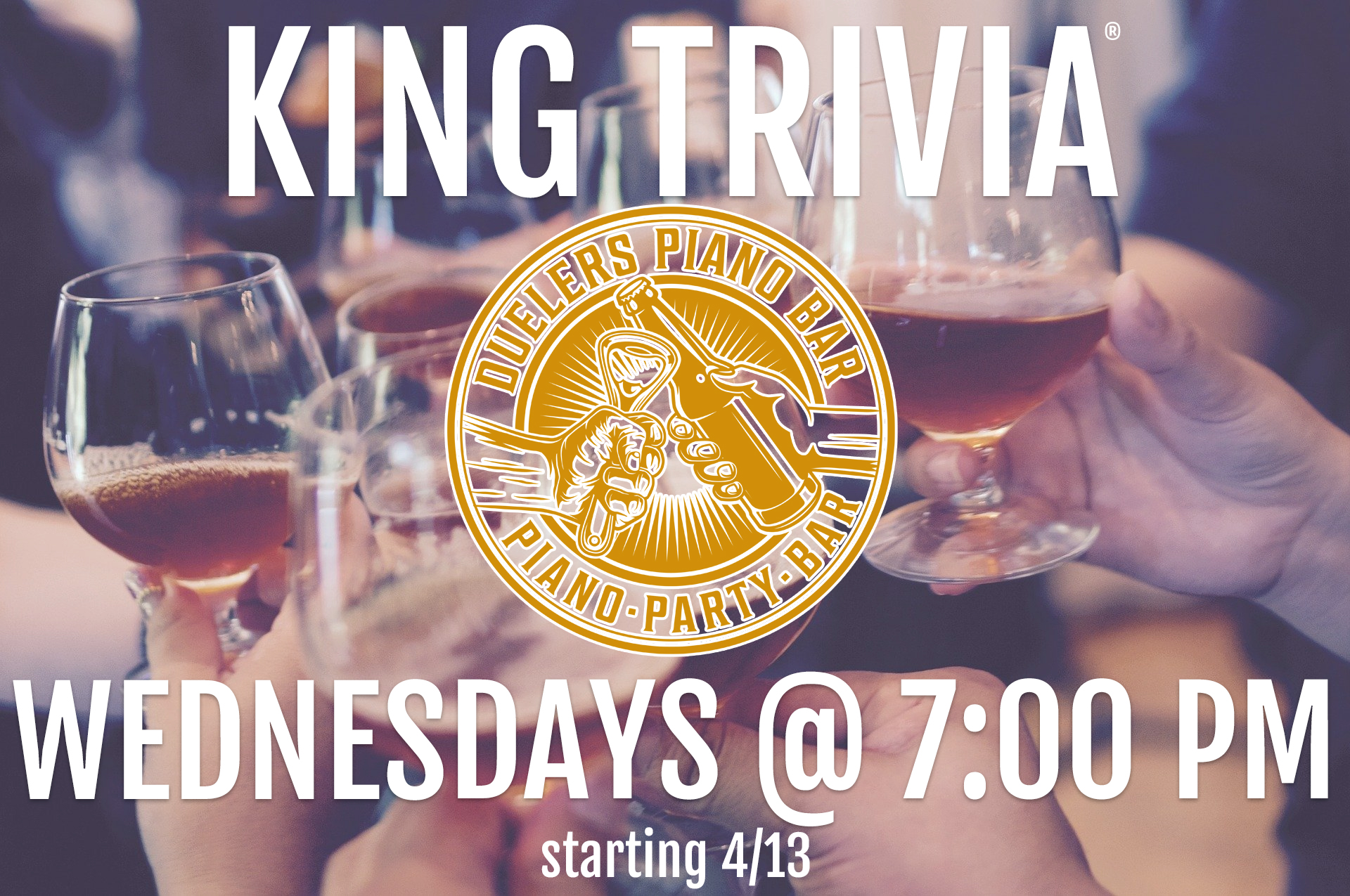 At Duelers we're frequently flying in the top entertainers in the nation from LA, Tempe, Oklahoma City, New York and Austin Texas. 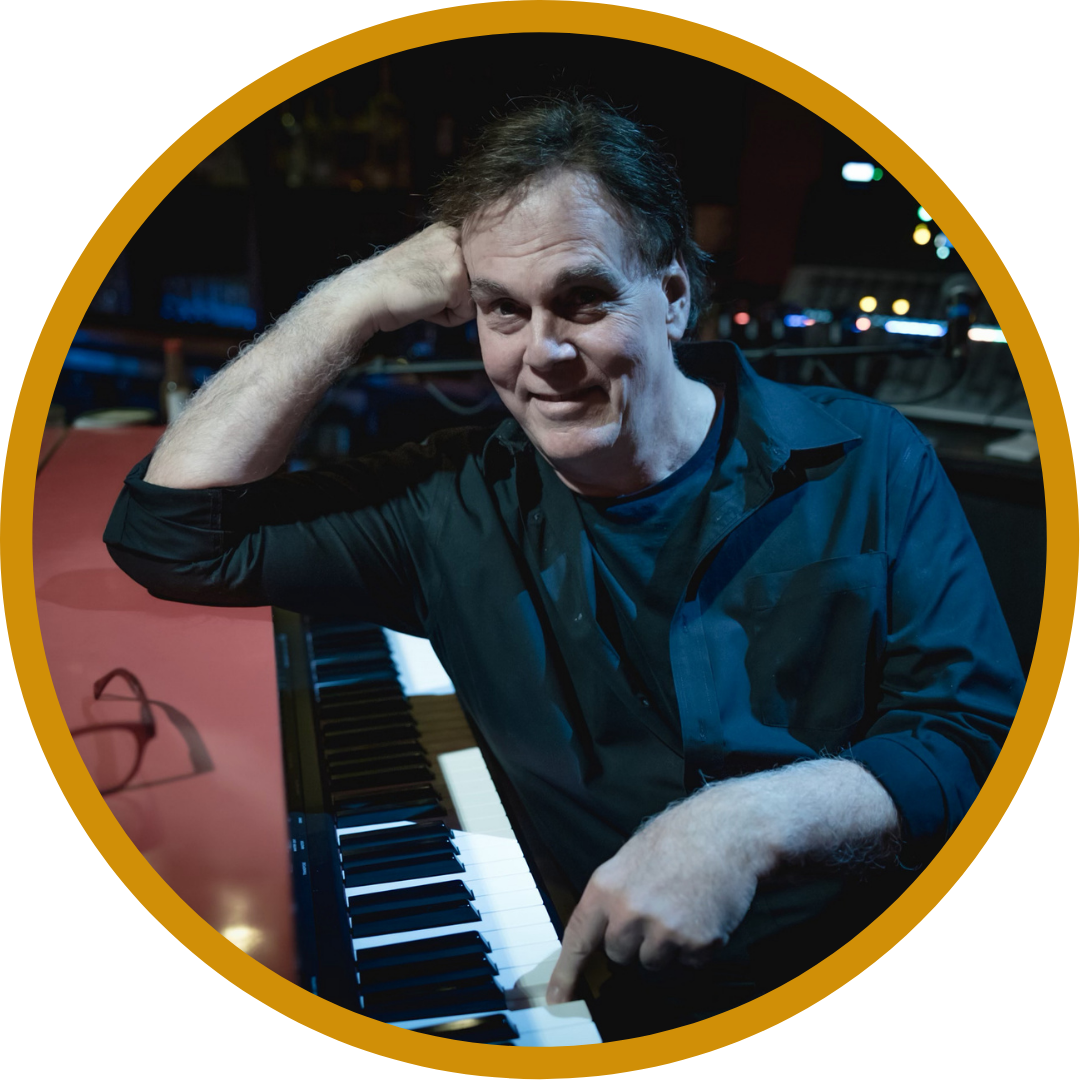 Donald started as a “dueler" in 1998 at Sing Sing in Irvine, CA as part of the team that opened the club and performed there for 6 years and then on to the Shout House in San Diego where he was part of the team that opened that club as well. The Shout House grew into one of the top dueling piano bars in the country. After 9 years Donald went on to the Shout House in Glendale, AZ as entertainment director for two years. After freelancing for a year and doing many private events he worked again as a house player at Harrahs Casino at Rincon, CA and then at Sgt Peppers Piano Dueling Piano Bar in Long Beach, CA

Besides his excellent vocal and piano skills Donald has a quick wit and the ability to read the audience and take them on a fun musical journey, (as he often says) to sing-a-long, drink-a-long, clap-a-long, drink-a-long….wait what?!…and laugh-a-long. Let’s have a blast!!

"What a great job". says Donald. "I get to be the host of big party every night! It's a great feeling to get everyone to sing, laugh and have fun together. Some unexpected and crazy things happen all the time. One of the most outrageous things that happened to me one night was while performing the song ‘I Want To Hold Your Hand', a man walked up to the stage, pulled off his prosthetic hand and slapped it down on my piano and then sat back down in his seat. I picked up the hand and said 'Well, that’s what I WANTED!’Needless to say, the crowd went nuts!!"

Before Dueling Pianos, Donald lived and performed in Germany for ten years performing with a band called The Boys singing and playing keyboards, guitar & bass. Some notable engagements were opening for Jerry Lee Lewis, ZZ Top, Suzy Quatro, The Boys also appeared on television in Germany and Spain, and was the house band for Antene Bayern, one of the biggest syndicated Radio stations in Germany. 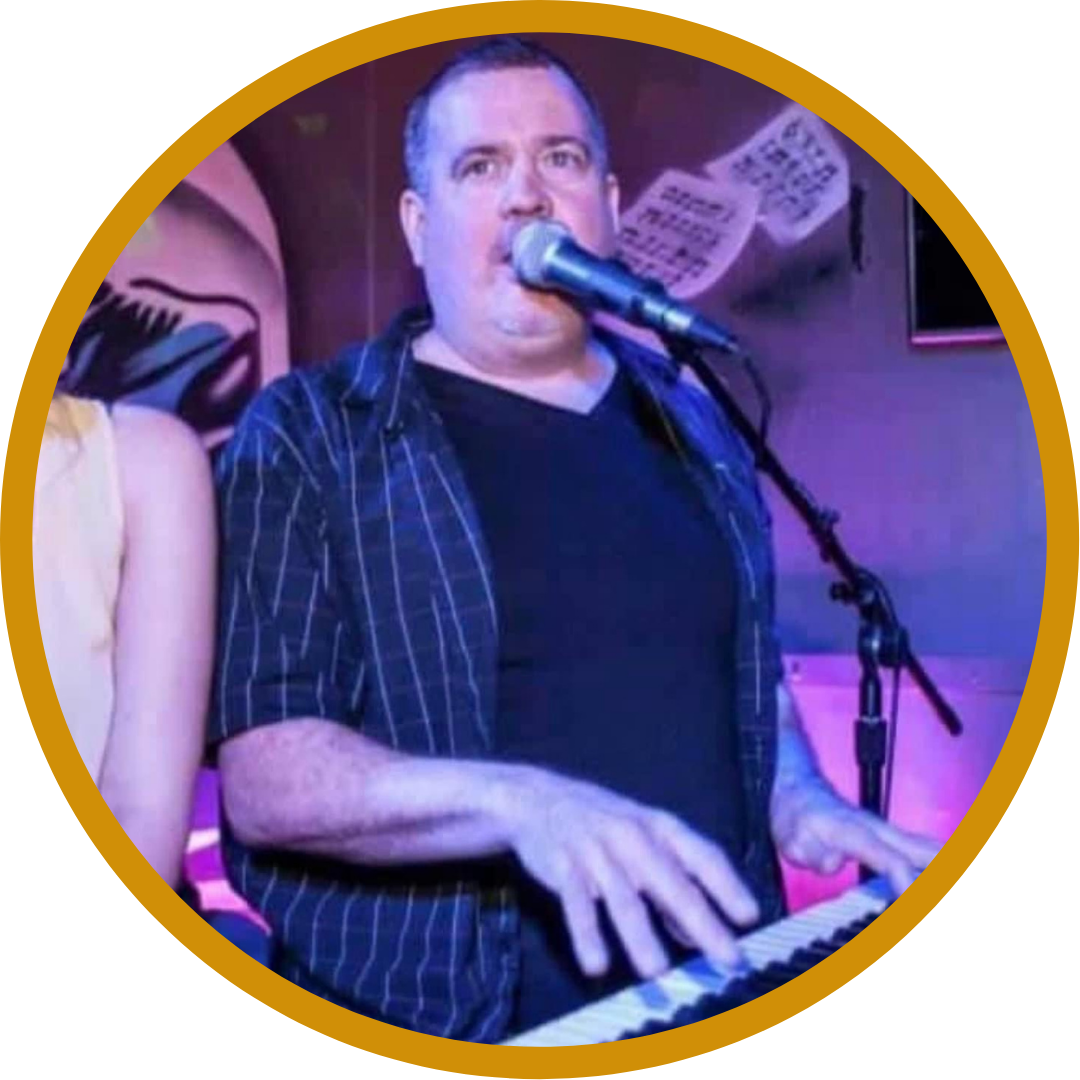 Michael hails from New Orleans, Louisiana and has a perpetual zest for life and a smile on his face that is infectious… or is it a strange infection...no no no, but you’ll get one too while watching him perform...A BIG SMILE THAT IS!

Influenced by its diverse culture, Mardi Gras, jazz, and his father's trumpet playing, he pursued a career in music education and entertainment.

Before Clavijo found Dueling Pianos he played in a successful variety band called TGiF, performing at many popular nightclubs, weddings, & conventions around the Big Easy. After a 3 year tour as Carnival Cruise Line’s #1 band, Clavijo found his land legs and wound up in the Alamo City- San Antonio, TX. It was there he entered the realm of dueling pianos, entertaining thousands of patrons over the years working all over the country including Nashville, Las Vegas, his home town, New Orleans and currently in Phoenix.

He loves Motown, 90’s Country, R & B, anything with a horn section and has an affection for the music from the 1980's (Prince, Lionel, Whitney, George Michael, Duran Duran). Don’t be afraid to request “chick songs”- he may surprise you!

Micheal plays trumpet as well and loves songs with horns. If you ask him nicely he may pull it out….. oh come on really?….you know we mean HIS TRUMPET. You will have nothing but FUN, LAUGHS and GREAT MUSIC, not to mention a hoarse voice from all the singing a long that you’ll be doing… spending the night with Clavijo at the piano. 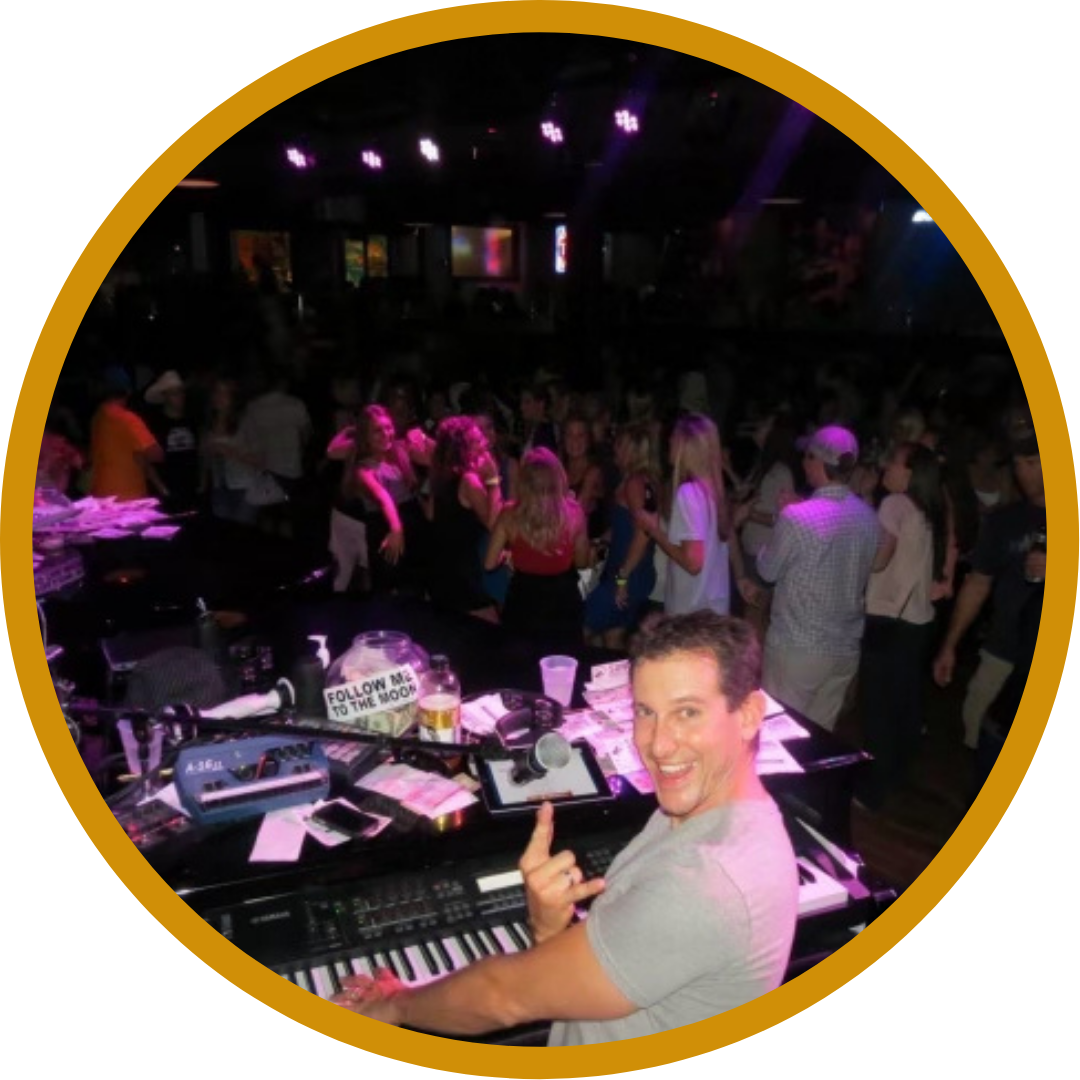 Jon Sherman has done it all. He started singing, playing piano and drums at the age of seven. By the time he was ten he was acting in commercials, films and off broadway, but music was the biggest passion for him. Jon started dueling pianos in 1992 at Jake Ivory’s in Boston after attending Berklee college of music. He also has been “Dueling" in New Zealand, Howl at the Moon in San Antonio, TX.

Jon moved to Denver in 1999 to work at Sing Sing Dueling Piano Bar. In 2011 Howl At The Moon bought and took over Sing Sing’s location and he continued to work for Howl until 2020, when the Covid pandemic hit. Now after two years of putting gigs back together across the country he reunites with his old friend Donald Bruner with whom he shared the stage at Sing Sing Denver at Dueler’s Piano Bar here in Coeur d’Alene. Jon still makes his home in Denver and does freelance piano-sing- along clubs across the country including; The Shout House San Diego, “The Big Bang” Nashville, “Micheal Murphys” Oklahoma City, “Howl2go”, “Howl At Sea” on Norwegian cruise lines etc.

Those are just the facts….. The fun part is Jon is not only an excellent musician and singer he will make you laugh, cry, applaud, possibly drink too much, pee, drink too much again (wait what!?), forget where you parked, forget to call home, go to a zoo, get caught in the airport wearing only underwear, go skeet shooting not necessarily with a gun (wink), slap Chris Rock, the list goes on and on. Also Jon does a kick ass Droopy Dog impression (ask an adult what that is about). 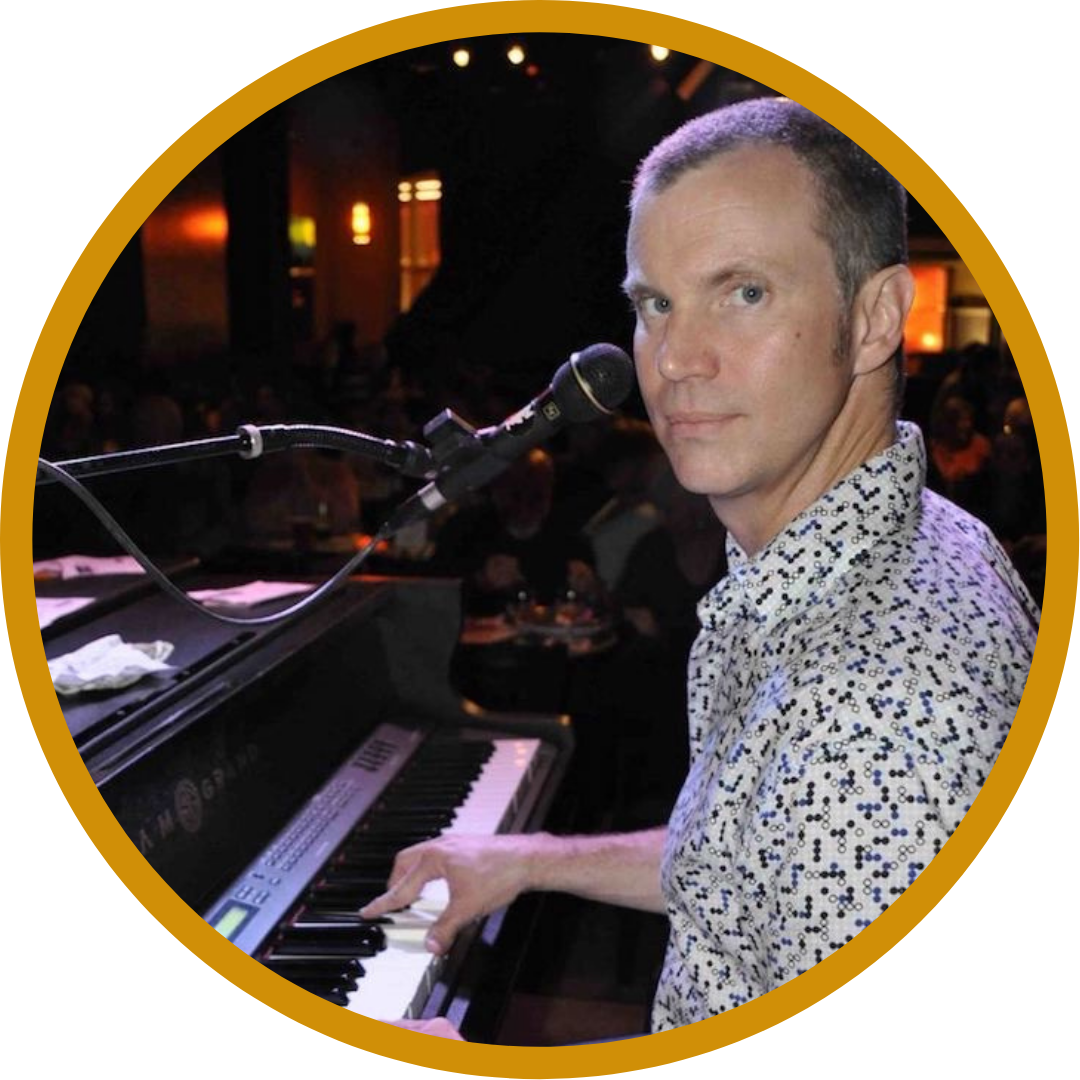 Born the only son of a diplomat and international spy, he received his formal education through correspondence courses from every corner of the globe. He got his keen wit, street sense and martial arts training on the mean streets of Morro Bay & Boise. When not playing piano, he can be found trying to remove his photos from websites and post offices around the world.

Glad to have him here in Coeur d’Alene! 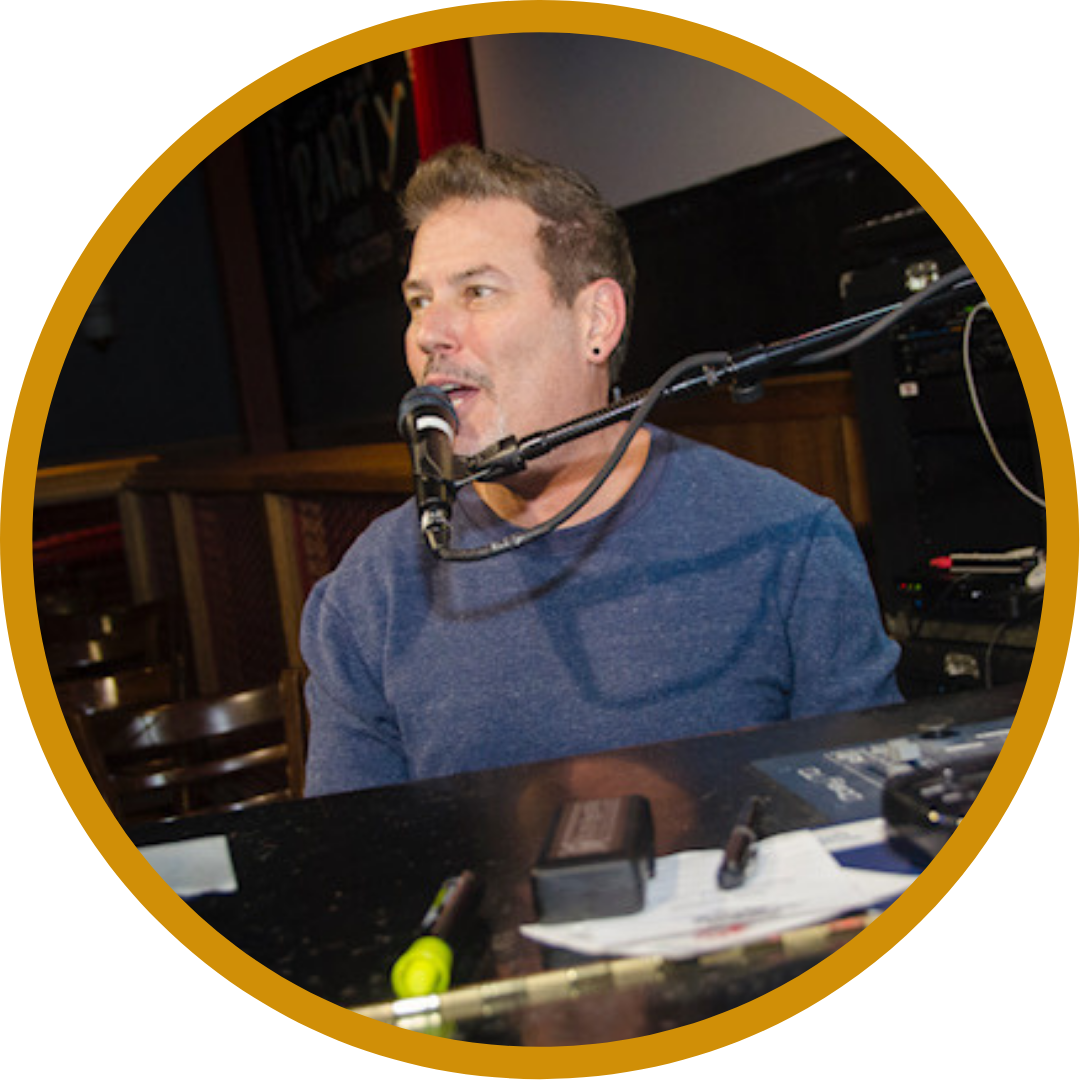 Karl began his musical career banging drumsticks (wooden ones, not poultry) on the floor to The Beatles.

When the Beatles didn’t sue he figured he should continue in music. Karl played in bands as a drummer

and lead singer but since he wanted more attention he moved down front playing keyboards.

One night Karl stumbled into (and out of) a Dueling Piano Club in Irvine, CA. and he knew instantly that he’d found his new niche. After performing at Sing Sing in San Diego for 3 years Karl moved to open a dueling piano bar there in Pittsburgh where he still lives. If you happen to stumble into (and out of) Dueler’s Piano Bar and you happen to see Karl on stage, he will make you sing, clap, and laugh. A fun time is guaranteed!